This post was published on my old blog at the beginning of 2014. I’m re-posting it here for the record, and so that I can refer back to it in future.

When it comes to specific sales numbers, I’ve always been a little scared to share mine. And yet, I’ve always been very interested to read the sales data of other authors when they share it. So … I guess it’s time for me to be brave!

I’m sure everyone has a different number in their head when they think of how many sales they want to achieve in a year, or how many sales would make them feel like their book/s has/have been a success. To be honest, I didn’t actually have a number in my head at the beginning of 2013. I had no goal I was aiming for in terms of sales. I really had NO idea what to expect from 2013, my first year as a full-time writer. So all I can say is that I’m THRILLED at the “magic number” I managed to reach last year! And that magic number is …

Yippee!!! Now, I know there are many indie authors selling way more than that in a year. So some of you are probably looking at that number and thinking, Well, I don’t know how everyone else is doing, but at least I know I sold more than Rachel Morgan! But I look at that number and feel totally, awesomely, butterflies-in-my-tummy excited!

Anyway, I think it’s interesting to see the breakdown of sales across the different online retailers, so I’m going to share those numbers, in case anyone’s interested in looking at them. I’ve organized these numbers into two tables — one that includes free downloads, and one that is paid titles only.

PAID TITLES ONLY, NOT INCLUDING FREE DOWNLOADS 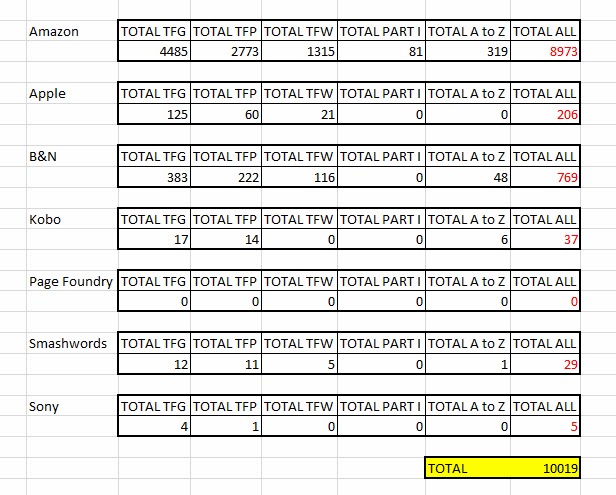 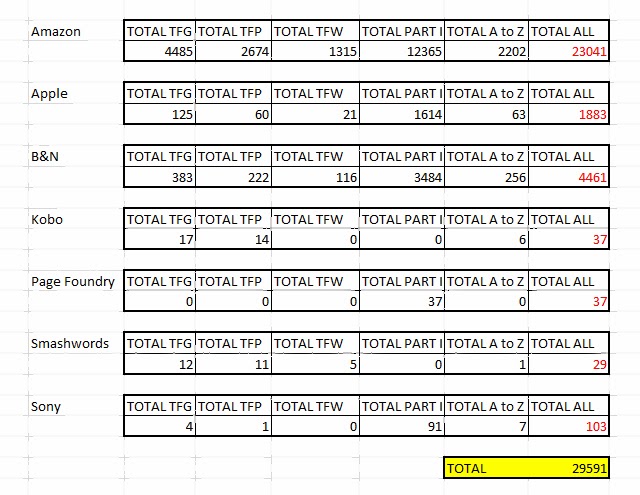 I am SUPER happy with my sales so far and aiming to sell at least DOUBLE that number in 2014!