Some authors don’t (or can’t) share any numbers. Other authors share everything. Since I’m the one in control of my books, and I figure it might help upcoming authors if they can see what realistic numbers are like for a mid-list indie author, this is the second year I’ll be sharing my numbers with you 🙂

At the beginning of last year, when I added up my total ebook sales for 2013, here’s what I reported:

I was SOOOOO excited when I saw I’d reached that magic 10k! I know that for some indies, that’s a number they see on a weekly basis. But I’m very much a mid-list author — no New York Times or USA Today bestselling titles (although that’s on my list of goals 😉 ) — so for me, 10k was a HUGE deal. My goal, then, for 2014 was to at least double my sales. When I told my dad that, he said, “Why double? Why not triple?” That seemed a little ambitious to me, so the realistic Rachel aimed for double, while the dreamer Rachel aimed for triple or more 😉 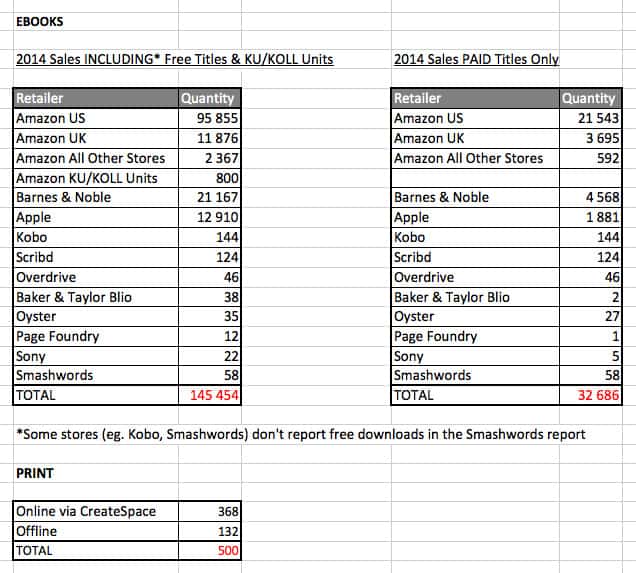 WOOOHOOOOOOO! I am still stunned by that 145k. I know a large portion of that number is made up of free downloads, and lots of people never read the free ebooks they download, but STILL. The fact that nearly 150k copies of my ebooks have made their way onto ereaders around the world in the past year is AWESOME!